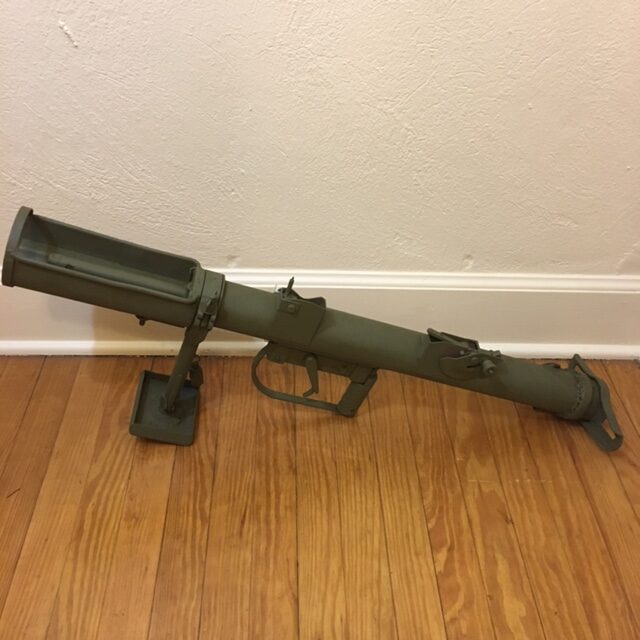 This is a World War II British P.I.A.T. inert Anti-Tank rocket launcher. This inert launcher is in overall good condition, although there is some slight damage and wear from age here and there. The rear sights of the launcher have some wear and damage to them and are not operable. Additionally, at some point the end of the launcher was welded off and back on, but was placed in the incorrect position (sideways rather than up and down). The launcher was also repainted at some point in time, but the new paint matches the old colors.