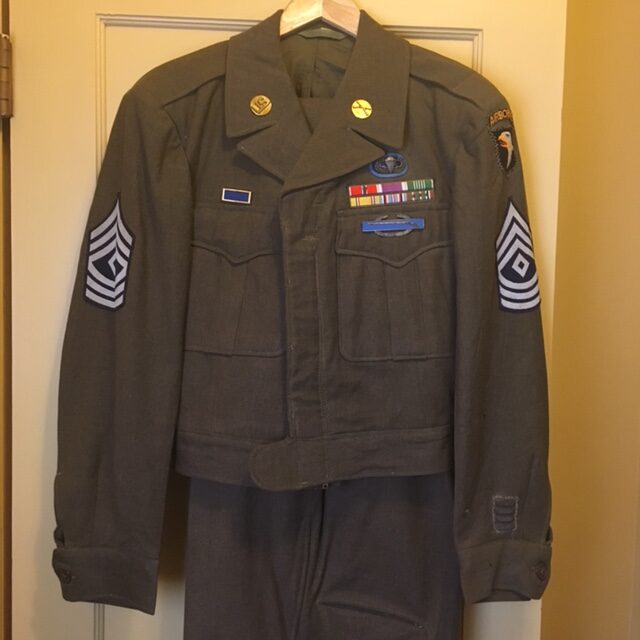 This is a World War II era 101st Airborne First Sergeant’s uniform. The uniform is unnamed, although it remains its original condition as it was issued. None of the pockets have been untacked, and the original bars and patches are all present as well. The jacket’s original owner added in buttons and a zipper at some point. The bars and other medals include: a paratrooper’s badge on a blue patch, a bronze star with a “V” mark, a purple heart, a meritorious conduct bar, an American Defense bar, a European Campaign bar with 3 stars, a theater bar, and patches indicating he served for two years in the 101st Airborne. The jacket is a size 38, and comes with a matching pair of pants.