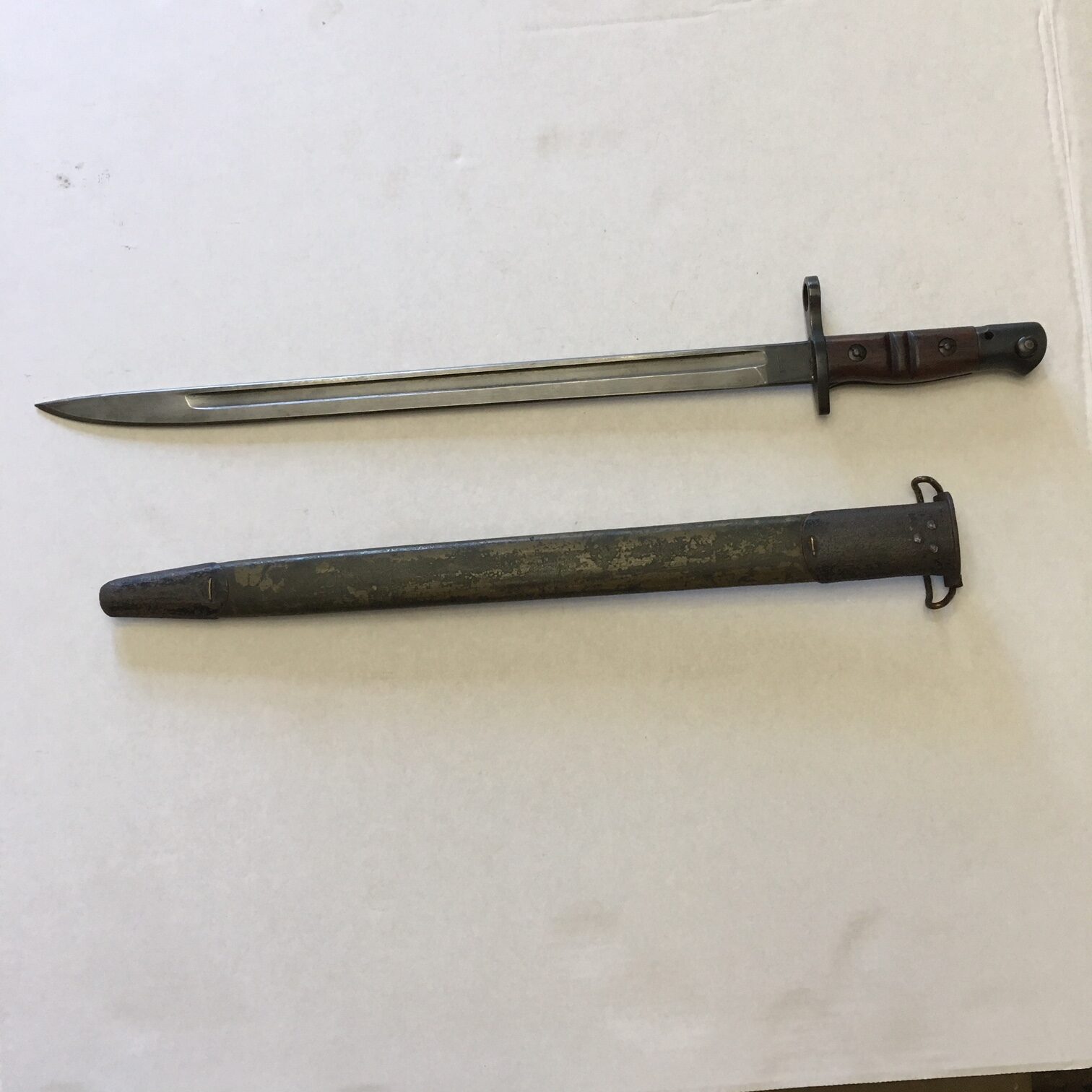 This is a World War I Lee-Enfield M1917 Bayonet. This bayonet was manufactured by Remington and features a flaming bomb and an eagle on one side of the base of the blade. Below the flaming bomb are stamped the letters “U.S.,” and on the opposite side is the word “REMINGTON” in a circle below the number “1917.” The blade is in almost mint condition with a fine patina down its length. There are only a few marks on the edge from being used in battle. The grip of the blade is in almost mint condition and has a few small marks in it from age, but the metal portion shows a small amount of rust. The scabbard of the blade has some rust on the metal portions and the leather of the scabbard is worn and has about half of the original paint on it.