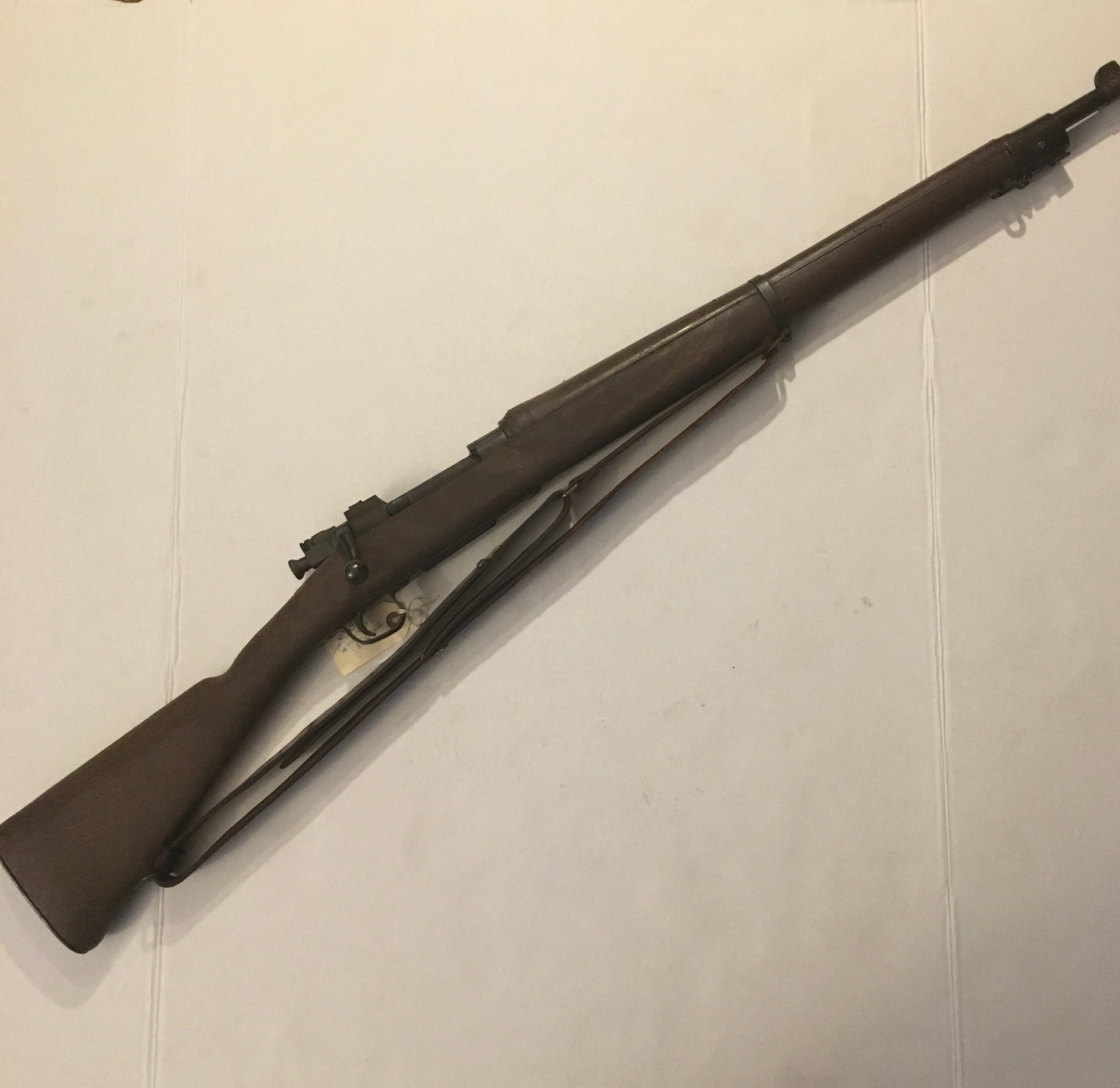 This is a Non-Firing M1903A3 Springfield Training Rifle with a leather sling. This training rifle was once an active and usable weapon. However, it has had a lead rod and other “sealing” agents placed down the barrel as well as a piece of solder or some other metal melted over the firing pin. Additionally, the bolt cannot be drawn back to a point where it would able to load ammunition, and the magazine spring and follower have been removed. The original stock has been replaced by a plastic one. The sling is in good condition and has only a few creases and cracks present.