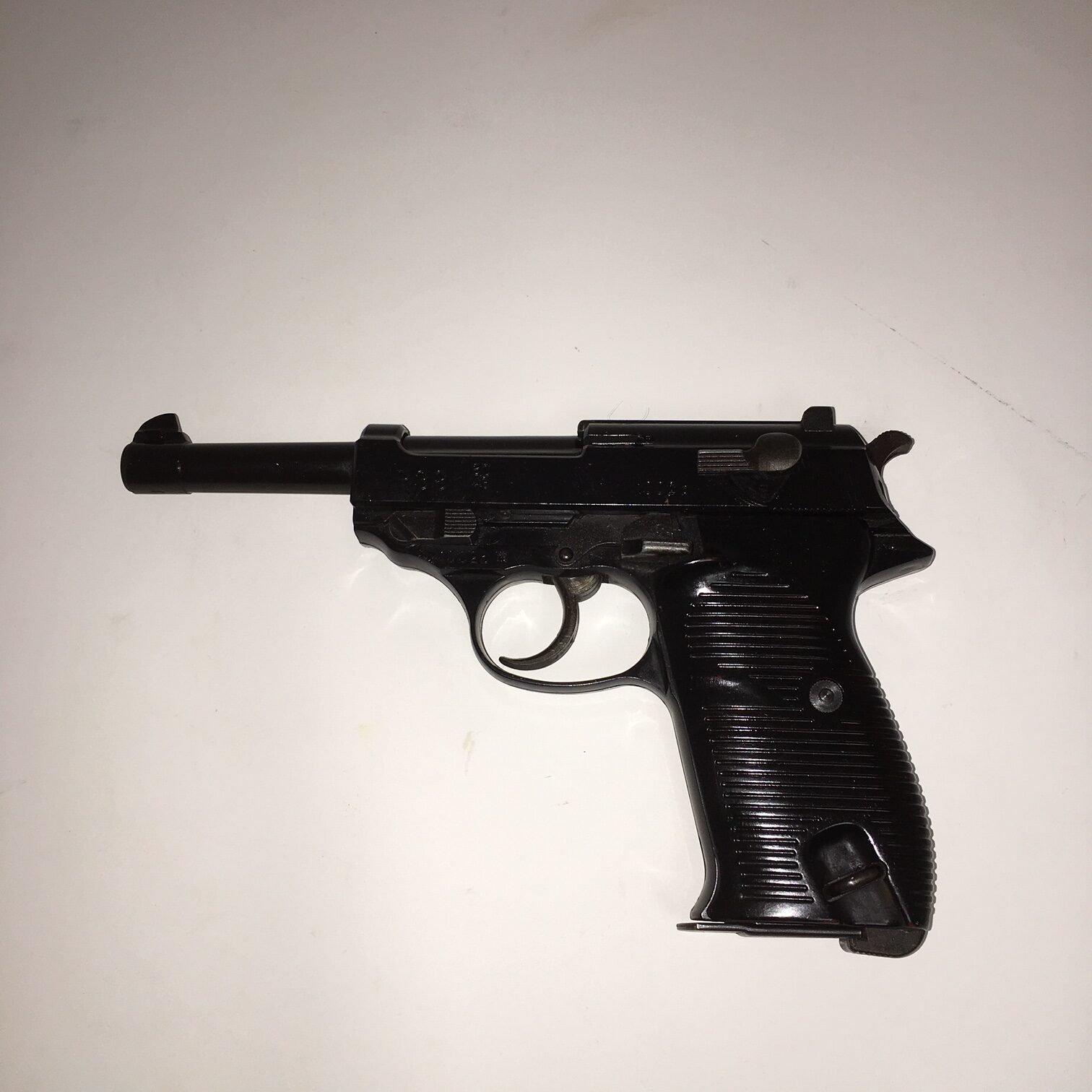 This is a Marushin replica World War II German P-38. This replica features the safe controls as on a real P-38 with a functioning magazine release, slide release, semi-functioning safety, and non-functioning field strip lever. The magazine release is located in the same spot as on a real P-38 at the base of the grip. The magazine itself features holes down its length to determine how many rounds would left in the magazine if it were able to hold real rounds. The slide features a very snappy and solid function, and it locks open on an “empty” magazine. The safety functions when the replica has its hammer down, but it will still “fire” if the hammer is cocked and the safety is on. Lastly, the pistol features the markings “P39, ac43, 1002 b” on one side and on the opposite “Mfg. Marushin.”