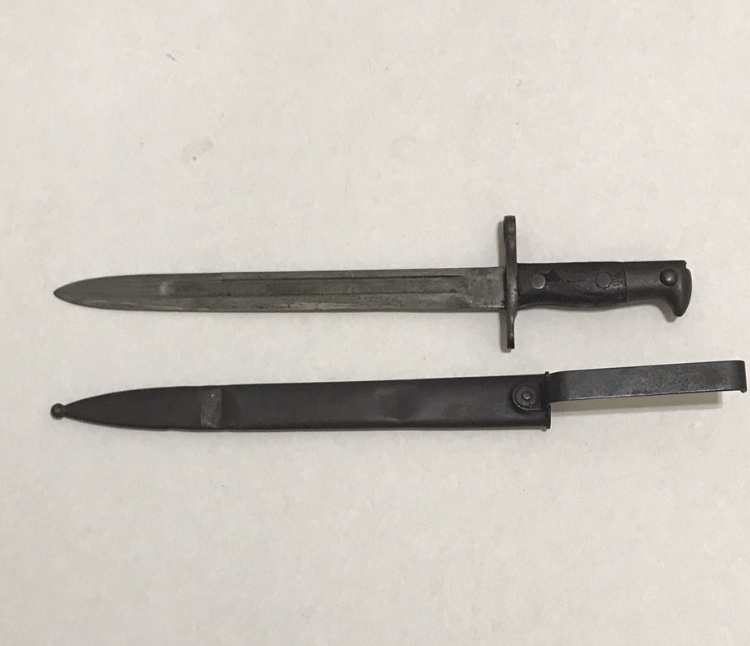 This is a Krag-Jorgeson Model of 1899 rifle bayonet. This bayonet comes with its original sheath. The blade of the bayonet shows some rust and other age markings and shows slight signs of wear along the blade such as chipping from use. The blade is completely straight. The lug and connecting portion of the bayonet works well and the spring inside still holds tension. The sheath shows a few signs of wear and rust and the swivel point connecting the sheath to the belt loop still functions but is slightly loose. There are also a few marks on the scabbard which appear to be large dents produced by some objects striking the blade with significant force. On one side of the bayonet the letters “U.S.” are visible and the opposite side reads “1899.”